The world of pizzerias is currently experiencing a situation that we could almost define “conflictual” (at least from an ideological point of view), in which the proponents of gas and electric ovens are increasingly opposed to the deep-rooted tradition of cooking on a wood oven.

Making a bold but very exemplary comparison of this contrast, it seems nice to recall the history of imperial China when, following some rebellions against the Han dynasty (which was in office from 206 BC to 220 AD), the great battle of Chibi, or of the Red Cliffs (208 AD), between the imperial army and the warlords Liu Bei and Sun Quan. A battle that led to a historical interval in Chinese history known as the Three Kingdoms period.

In the same way as what happened in China, we could speak of the period of the Three Ovens, with the contemporary and conflicting presence in the sector of wood, gas and electric ovens. But beyond the historical parenthesis and the narrative by contrast, it should be specified that there is no better type than the others for cooking pizza: each of them boasts its advantages and disadvantages that are canceled or enhanced based on how the pizza maker works and the product he wants to create. The distinction is therefore in his hands and in his head.

A good restaurant pizza can therefore come from any professional oven, regardless of the type, because it is a combination of dough, ingredients, “labor” and finally cooking. The oven itself is just a tool to finalize a preparation that begins with the dough, continues with the leavening, resting and adding the ingredients. We are not underestimating the importance of cooking, far from it, but we simply want to highlight how the use of a gas pizza oven, a wood-burning one or an electric one makes the difference only as part of the entire production process of a pizza. 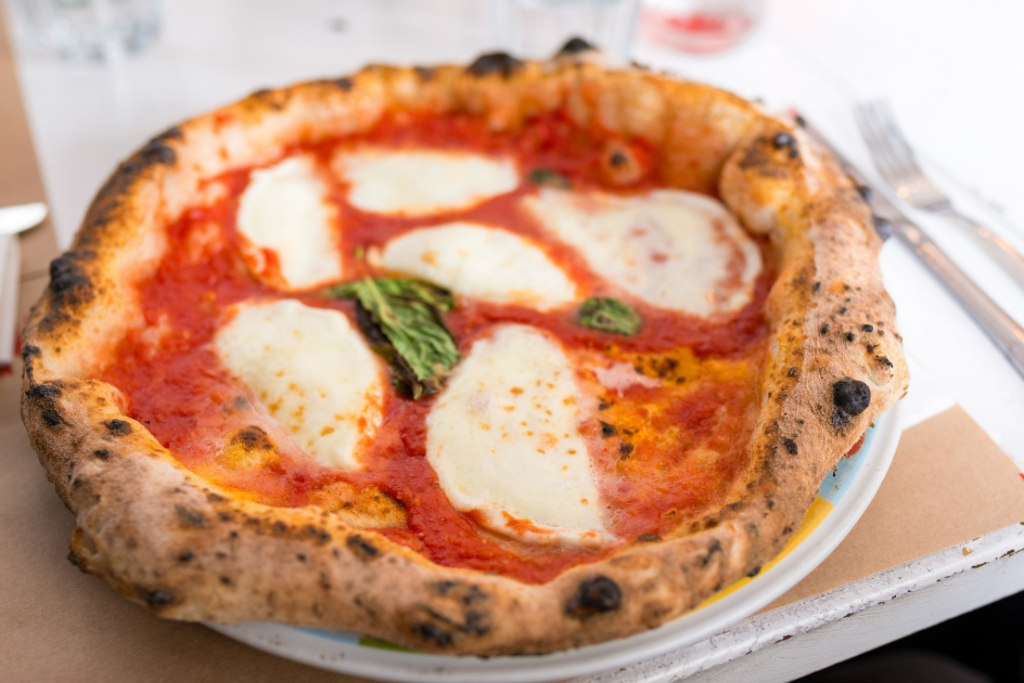 So what criteria do you need to choose the right machine? It is sufficient to simply analyze the strengths and weaknesses of each cooking, trying to understand which one best suits your professional skills and your idea of ​​pizza. Tradition only counts from a mental and ideological point of view, it is the final yield of the product that marks the quality level.

Are you looking for the right gas pizza oven for your needs?

Pizza is an all-Italian excellence that has successfully crossed national borders, becoming a food appreciated all over the world. This “globalization” has led the product of homegrown origin to be continually poised between traditions and new trends, not only as regards the type of ovens, but also for the different flours, ingredients and the use of more or less equipment technological, capable of improving the speed of the service by facilitating the work of pizza makers.

This balance between tradition and innovation materializes in the choice of the type of cooking, that is, among the former who see no other option than wood and the latter who prefer gas and electric functionality. From an operational and result point of view, however, the traditionalists are left with only a qualitative grip to which they can link their convictions, that is the unique taste that fire and wood are able to give to the final product. A factor that the most modern professional models can easily overcome, offering in addition a simpler, faster and more functional management of the machinery: there is no longer any need to feed the fire with wood, it is no longer necessary pollution on the chimneys and cleaning remains much easier to perform.

Having eliminated the “wood” factor due to the evident operational disadvantages and having ascertained the qualitative parity of its gas and electric “brothers”, what distinction would remain for a pizza chef to choose a professional oven? In reality, it is just a matter of balancing the advantages and disadvantages of the two models, looking for the most appropriate solution to one’s modus operandi. And if you don’t want to give extreme emphasis to functionality (and therefore to electric), but prefer to find a compromise with the production yield that can be found from wood, then you should look with greater interest at the gas oven for pizza and the heat it generates by combustion.

Gas pizza oven: what it can offer and its advantages

A professional gas pizza oven offers several functional advantages, paying attention to some factors necessary to maximize its use. It is a choice that has become common to numerous restaurant businesses in recent years due to its balance between practicality and the final result deriving from cooking. In any case, if we were to list the advantages that this model offers, we could summarize them in a short but exhaustive list:

These peculiarities make this professional oven an ideal “ally” even for the more traditionalist pizzerias, and therefore more linked to the “Neapolitan character” of the product, which seek a cooking for pizza (or focaccia) similar to that with wood, capable of guaranteeing a high and crunchy cornice and a soft and light seasoned part. The fact of being able to reach very high temperatures, up to about 450 °, finally makes cooking quick, even under a minute depending on the thickness of the dough.

Its practicality does not derive solely from its management during the preparation of pizzas, which is easy and safe, but also concerns the maintenance and cleaning of the cooking chamber, the smoke outlet and the whole “structure”. Combustion certainly generates residues and easily washable stains, unlike the black of soot in wood-burning ones. Furthermore, it is not necessary to remove the residual ash. 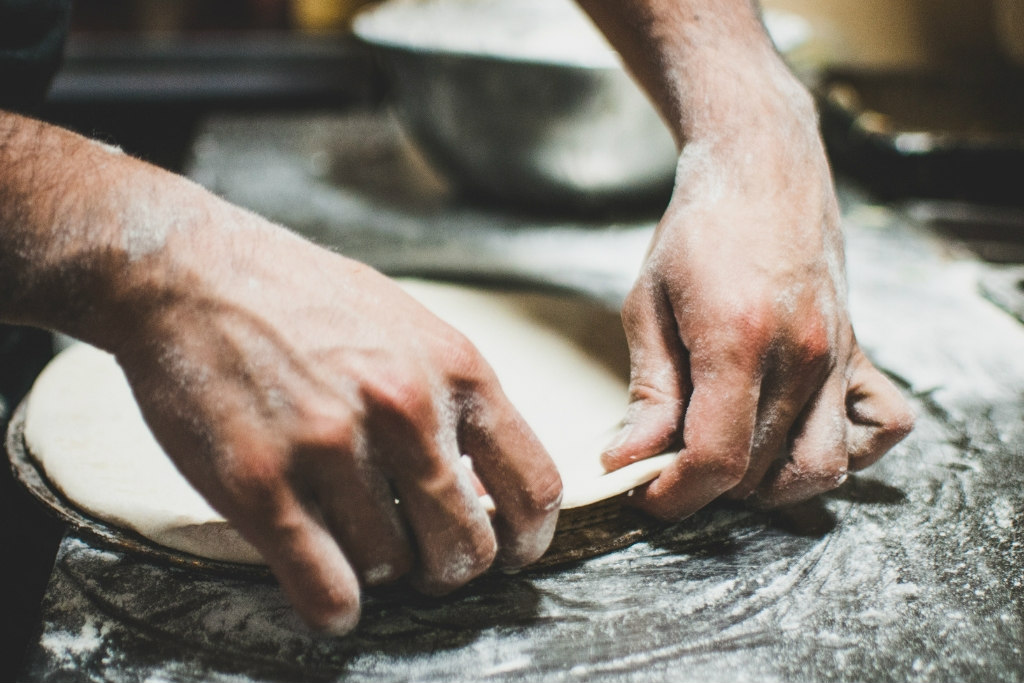 How to cook optimally with a gas pizza oven

A professional gas model offers several advantages, as we have already seen, in the daily management of a restaurant-pizzeria as well as a small room for pizza by the slice: ease of use, high temperature, uniform cooking, easy cleaning, lower emissions, etc.

Its operation is quite simple and infinitely less cumbersome than wood-fired ovens. The burner, located in the lower part of the chamber, transmits the heat and initially distributes it by conduction and radiation, then it propagates and diffuses by convention, smoothing the pizza cooking in a delicate way and letting it rise correctly. The temperature regulation is very similar to what happens in domestic kitchens: the burner acts at maximum power until the desired degree is reached, and then continues its work in minimal mode while maintaining it.

As those in the trade know, pizza is cooked by dehydration, or loss of moisture due to the heat that spreads in the oven chamber (by convection, radiation and conduction). Once the temperature has been established and the product has been placed in the gas oven for pizza, some chemical-biological phenomena begin to occur immediately as the temperature of the dough rises.

With these notions, it is up to the skill and experience of the pizza maker to know how quickly his product reaches the optimal and uniform cooking point, perhaps recording an average time facilitated by the practical management that a professional gas oven is able to provide.

We use cookies on our website to give you the most relevant experience by remembering your preferences and repeat visits. By clicking “Accept”, you consent to the use of ALL the cookies. However you may visit Cookie Settings to provide a controlled consent. Read More
ACCEPT   Cookie settings Reject
Manage consent

This website uses cookies to improve your experience while you navigate through the website. Out of these cookies, the cookies that are categorized as necessary are stored on your browser as they are essential for the working of basic functionalities of the website. We also use third-party cookies that help us analyze and understand how you use this website. These cookies will be stored in your browser only with your consent. You also have the option to opt-out of these cookies. But opting out of some of these cookies may have an effect on your browsing experience.
Necessary Always Enabled
Necessary cookies are absolutely essential for the website to function properly. These cookies ensure basic functionalities and security features of the website, anonymously.
Functional
Functional cookies help to perform certain functionalities like sharing the content of the website on social media platforms, collect feedbacks, and other third-party features.
Analytics
Analytical cookies are used to understand how visitors interact with the website. These cookies help provide information on metrics the number of visitors, bounce rate, traffic source, etc.
Advertisement
Advertisement cookies are used to provide visitors with relevant ads and marketing campaigns. These cookies track visitors across websites and collect information to provide customized ads.
Save & Accept